Snorkeling in the Maldives is full of timeless fun if you aware of the very few but real threats.  A few months back I was snorkeling at Veligandu Island Resort. I saw many specifies of fish just a couple of metres from me. At west side of the island I saw more small fish as reef is shallow. At the drop off point were big fish as they live in deeper part of the reef.

I followed the drop off line and swam along towards east. Around middle area of the island I came across a Titan Triggerfish that was facing down, it stayed in the same spot with fins waving to help him keep on the position.

I immediately knew it is dangerous to get close. The Triggerfish was breeding on its nest, I could see its eggs like pale pinkish foam. I had my GoPro Hero 5 Black and wanted to capture some photos of the eggs, this was first time I saw its eggs. So, I dived in and got close cautiously. She moved aside booking back at me and after few turns she came towards me like a rocket. I almost gave her a blow with my camera when she aborted the attack. I attempted few times, of cause with great and she did the same. I survived without harm and I had the pictures I wanted. 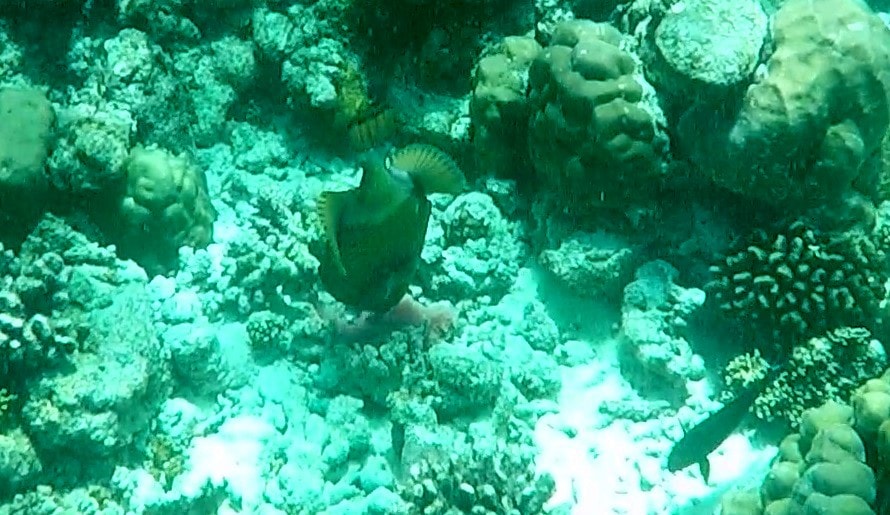 Triggerfish are not dangerous at all and they don’t come too close to humans in their normal state. The only time it attacks is during the breeding when people get too close to its nest. It is a defensive attack to protect its nest rather than trying to harm you or grab a bite for food.

If you see a Triggerfish staying still in the same spot facing down with tail pointing up there is a very high chance it is on its nest. In normal conditions fish swims around and you can’t even get too close. 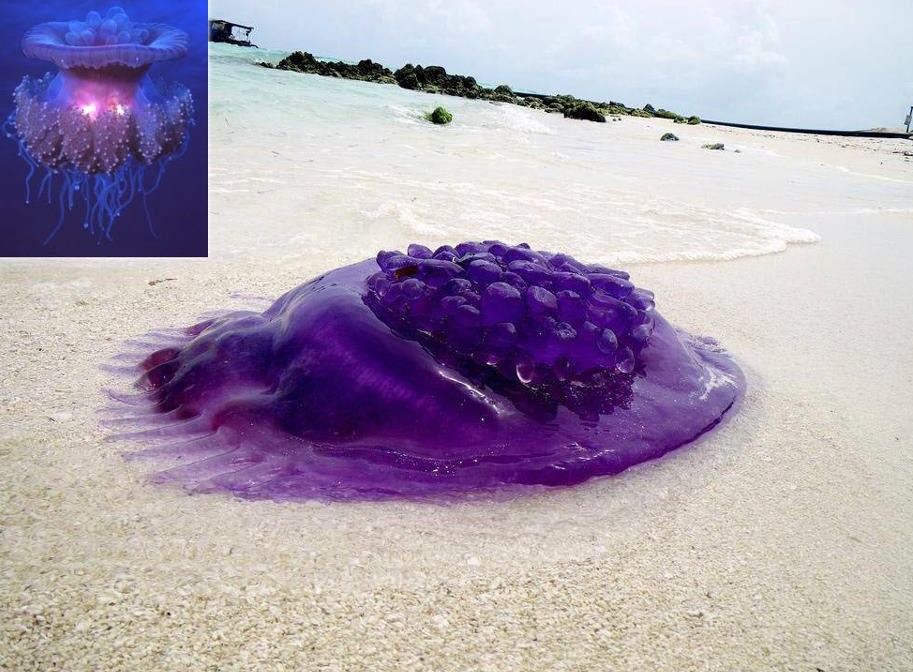 On another day I was snorkeling at Thoddoo house reef. I went to see the manta rays. The visibility was not very good that day and there were many tiny clutters in the water.  I thought they were planktons. When it touched my skin it was very itchy. I swam further away from reef to get away from these tiny objects, they were so little, like small insects. Other than being itchy it did not cause any other harm but it was not an enjoyable experience if you are in the midst of large pool of these clutters. An experienced diver later told it was jelly fish. I am still not convinced as I had never seen such small jettyfish before.

At Thoddoo the house reef is large and these jelly fish were found in a relatively small area. I am not sure mantas are eating them or not, but mantas were swimming around in the same area.

Moray Eels are not something to get too close if you are really not an expert, keep at least a metre or two. Several years back when I was a teenager I used to go collect sea cucumber for my family business. Many friends of mine used to do the same in those days. One of the friends saw a large sea cucumber in a very deep place and he dived in to collect it. It was not a sea cucumber but a moray eel which bit his hand. shark teeth pierced through the flesh and started blooding badly. Out of luck, there were no fracture or serious injury though the cut was few inches long. 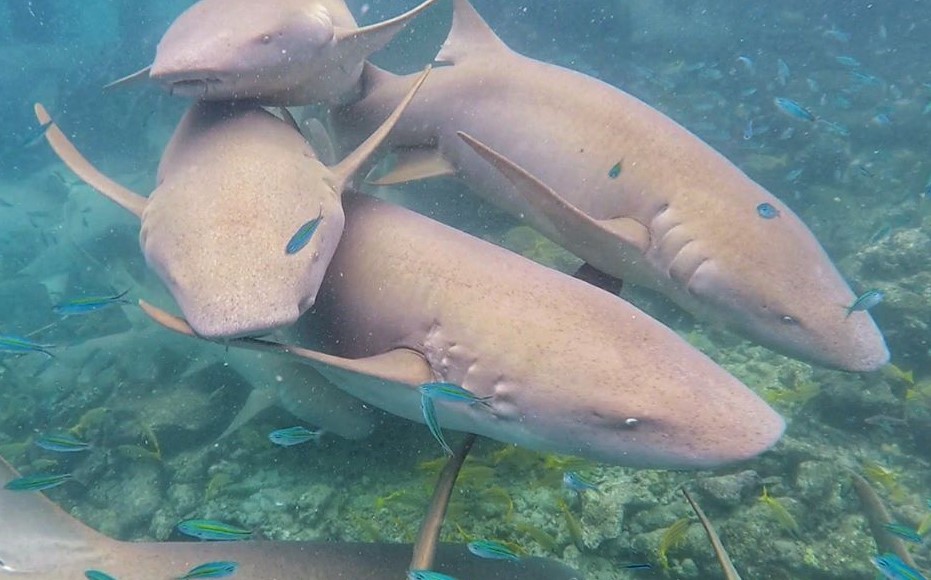 Sharks are amazing to see them in scuba diving or during snorkeling. Fisherman hates sharks. Shark fishing is banned in the Maldives. Despite that sharks often get caught on lines and it is not easy to unhook the creature. Fisherman cuts the line off without removing the hook from its mouth. I don’t know if this is the best way to do it, but no body wants to touch a live shark. When on the boat it weaves aggressively and you cant even hold its tail fin, it could turn and bite you.

Photos circulated on social media once had the photos of injury caused by a shark when an inexperienced teenager tried to unhook the line. Injury was so severe that could see a chunk of flesh gone off your arm. In some places you could see the white bane and veins.

If you are not a professional with experience in handling sharks caught on the line you should never attempt to take it off water, let alone unhooking. Once off water it starts fighting for life with every energy it had.

Luckily I had never heard of any shark incident involving any tourist, except once in which tourist was feeding baby sharks in the lagoon and one of them mistakenly bit him. He was not harmed and quickly ran to beach. Sharks cannot see properly and they mainly rely on their extra-strong sense of smell. It is said sharks could smell blood miles away. If you are in your menses period it would be a terrible idea to attempt snorkeling or diving without a waterproof protection. Otherwise there could be a school of sharks lined up following behind you.

I never encountered a lionfish attack and never heard of it happened to anyone in the Maldives. I believe it does happen, though extremely rare, as locals are pretty in good in staying safe in water. Lionfish are not big, just a few inches when it is fully grown. Lionfish are venomous and if threatened if would shoot at you and attack in an instant. Keep a metre or two safe distance from lionfish and you are good. Lionfish lives around the same area all the time and they protect its territory. This is one of the most beautiful fish you can see, through rarely, in the Maldives. I have seen video of some divers (of cause professionals) playing with lionfish without touching them. An inexperienced tourists should never attempt this. It is not deadly if treated within hours.

This topic I started with snorkeling accidents in mind. But, thought the fishing accident other threats are important to be mentioned. If you find this information helpful please share with your friends to keep me motivated to write more useful posts in the future. Than you.